Humans are relatively complex. Sometimes we say one thing, yet we mean the other, and, in some cases, we find it difficult to communicate verbally. One aspect of human communication that is almost always accurate is body language. Sadly, we often do not know how to read body language, and we end up missing a lot of unsaid cues.

This blog will highlight and help you with some basics on how to read the female body language. Understanding these tips will help you see if a woman likes you or has some level of interest in you.

Before you go any further, making eye contact is a good starting point. This allows you to see if she is attracted to you or not. We are well aware that eye contact allows us to see the honest and authentic version of the person we are talking to. That explains why when we look into someone’s eyes, we can see if they are not entirely honest.

Research has shown that when people see something they like or are attracted to, their pupils will dilate. The beauty of this non-verbal cue is that it is beyond human control, so she can not pretend as though she likes you when she doesn’t.

This can be pretty tricky as it could be because she is nervous, isn’t comfortable in her dress, or she likes you. You have to pay close attention to how she crosses her legs in conjunction with the rest of her body language for you to reach the most accurate conclusion. Usually, the best way to know if she likes you is when she crosses her legs with her knees pointed towards you.

When she plays with her hair while talking to you, that is almost always a good sign. For some reason, women tend to play with their hair a lot when they are trying to flirt. That light hair twirling is a good indicator when she is attracted to you or just wants to flirt with you.

There is a smile she gives a random stranger walking past, and then there is a genuine smile. If your lady friend genuinely smiles at you, there are chances she is attracted to you.

Usually, women tend to keep their hands to themselves or objects close by, such as glasses or a water bottle. When she is comfortable with putting her hands on you, that is a good sign. When attracted to you, women will likely initiate some sort of physical touch. This could be by reaching out to your hand or occasionally brushing on your chest while you guys talk.

While on this point, hand gestures are also minor yet essential indicators. When a woman opens her hands, especially if her palms face up, that is a good sign. She is likely comfortable being around you, and there could be a level of trust from her side. However, clenched hands are often a sign of being tense, and people become tense when they are uncomfortable.

As I mentioned earlier, women often tend to keep their hands to themselves; when they start playing with something, you should pay attention to that. Often when females play with their necklaces, there is a chance that they could be attracted to you.

However, this should not be confused with grabbing the neck, as that is often done when one is uncomfortable. The same can also be applicable to fidgeting with a ring.

Blushing is yet another natural reaction that occurs to people when they are attracted to someone. When she is pale, it is very easy to see that she is blushing. You can easily see her chicks turn red.

Remember that blushing could also result from her feeling cold, shy or anxious, so you need to pay close attention to get a clear understanding of why she could be blushing.

Paying attention to voice pitch is equally as important as listening to what the person is saying. A lot of emotion is conveyed in the pitch of one’s voice. Often females speak louder and faster when they are excited. If her voice pitch gets higher and faster while talking to you, I guess it is safe for us to assume that she is attracted to you or at least enjoys your company.

However like everything on this list, you have to consider other factors contributing to the behavior. For instance, in this case, you need to be well aware of how she speaks under normal circumstances. Some people naturally have a high-pitched voice or speak faster, so it has nothing to do with their levels of attraction towards you when they do so.

When one is fully engaged in a conversation, it feels like their body does its own thing. Many involuntary movements happen, and, in some cases, the person doing them will not even notice those movements till another person points them out.

Leaning forward is one of those subconscious body movements that one does when involved and engaged in a conversation. When a woman leans over, she is most likely enjoying the conversation, wants to hear and engage more, and in some cases, it can be a flirtatious move.
However, you need to be aware of the context when you are reading this body language.

For instance, in a professional setting, a woman leaning forward is likely because she is paying attention to what the two of you are discussing, and there isn’t any attraction.

Another non-verbal cue to see when a female is attracted to you is her desire to be closer to you physically. If you are sitting, she will remove all or most of the obstacles that could be between you. These could be bags or a phone, and she does this so that she can sit closer to you. When walking, you should also pay attention to the distance between the two of you.

When she walks close to you, the chances are high that she could be attracted to you. However, if you are walking on a narrow sidewalk, her walking close might have nothing to do with attraction. It could be because she has nowhere else to walk besides close to you.

Therefore, you need to consider surrounding factors before concluding that she is sitting or walking close to you because she is attracted to you.

I hope this article has helped you get some insight regarding reading women’s body language. Next time you have a conversation with a female you are attracted to, remember to pay attention to more than just the words but to body language as well.

However, the final answer will always come from her lips. Even if she shows the above body language and is convinced that she is attracted to you or flirting with you. If she then goes on to say she is not interested in you, respect that decision.

Related Tags: She wants your attention How to catch her cheating

Liza Paul is the head of media relations at PhoneChatLines. Liza, in her free time, she likes writing, skating, and recording. She's constantly traveling on her van with her phone, books, and dog around the U.S. 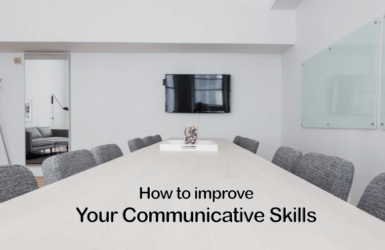 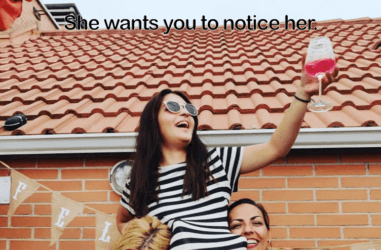 Signs a Girl Wants You to Notice Her 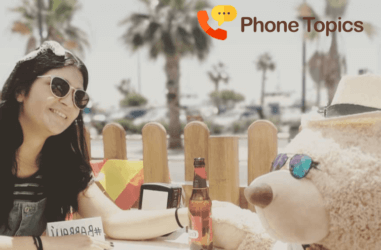 What to Talk About on the Phone 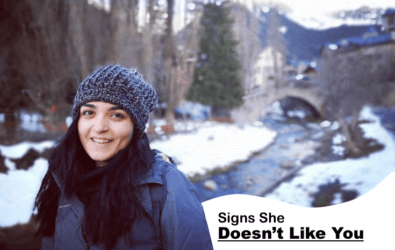